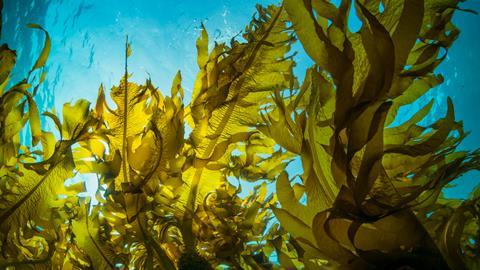 As anthropogenic carbon dioxide emissions ‘greatly exceed’ the ability of nature to remove it,the US National Academies is recommendinga new 10-year, $125 million (£94.5 million) research programme to examine how oceans could be harnessed to remove carbon dioxide from the air.

The reportargues that carbon dioxide removal, also known as negative emissions technologies, will be required to address global warming. Its authors suggest that oceans hold great potential for uptake and longer-term sequestration of anthropogenic carbon dioxide because they act as large natural reservoirs for carbon dioxide, holding roughly 50 times as much inorganic carbon as the preindustrial atmosphere.

The aim of the proposed programme is to examine the challenges of ocean-based carbon dioxide removal, including the potential economic and social impacts. Funding for this research could come from the public and private sectors, the report suggests.

海洋碳dioxi六点文档看起来de removal approaches, including nutrient fertilisation. It’s a strategy that adds micronutrients like iron and macronutrients like phosphorus or nitrogen to the ocean to increase photosynthesis by phytoplankton, and thereby boost the uptake of carbon dioxide and transfer of carbon to the deep sea when these microorganisms die.

A second method for investigation is large-scale farming of seaweed, which takes up carbon dioxide during its life and then transports it to the deep sea or into sediments when it dies. The third approach considered involves artificial ‘upwelling’, which pumps water from the deep ocean that is generally cooler and more rich in nutrients to the surface, and ‘downwelling’, which moves surface water and carbon to the deep ocean and could potentially counteract eutrophication and hypoxia.

The report also examines carbon removal and sequestration by protecting and restoring coastal ecosystems and marine wildlife, as well as chemical alteration of ocean water to increase its acidity or alkalinity and enhance reactions that take up atmospheric carbon dioxide. The sixth and final approach explored in the document are electrochemical processes to boost the acidity or alkalinity of seawater, and thereby enhance its ability to remove or store carbon dioxide.

‘Ocean carbon dioxide removal strategies are already being discussed by scientists, non-governmental organisations, and entrepreneurs as potential climate response strategies,’ saidScott Doney, a computational biogeochemist at the University of Virginia, who chaired the National Academies committee that wrote the report.

Doney said researchers currently lack the information they need to evaluate the impacts and trade-offs of these climate responses. ‘If we want to make fully informed decisions about the future of our ocean and climate, we need to complete some very critical research in the next decade.’